The Tree of Linux

The family tree of Linux distributions is a collection of all the different versions of the Linux operating system connected in a tree graph based on source code relationships.

Linux is an open source system and has been adapted and modified by many different groups and individuals to fit their particular needs. This has created many different versions we call distributions. The most popular distribution at the time of this writing is Ubuntu, which is a Debian based system. Debian is another distribution that preceded Ubuntu, but is still widely used today. Since Ubuntu is the most popular Linux distribution it has been modified by many others as well. For example distributions with different desktop user interfaces have been published for Ubuntu. These are commonly referred to as flavors. 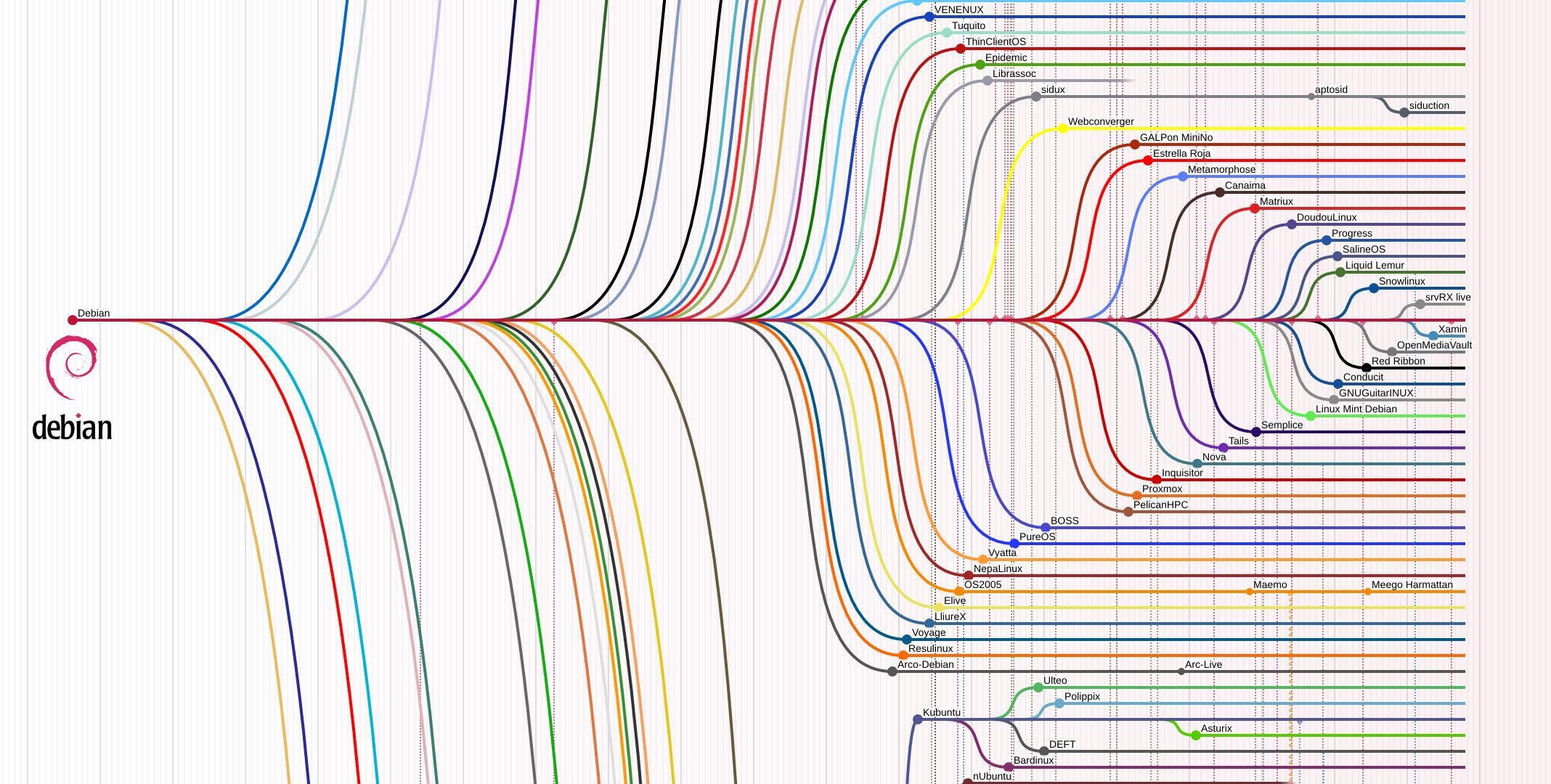 In relation to Darwin's tree of life a major Linux distribution such as Ubuntu encapsulates the concept of a species, although some even older and arguably influential distributions such as Debian could be identified with a larger taxonomic order as well. The smaller distributions of Ubuntu known as flavors such as Kubuntu do not match the concept of a species, and could be easier described as a breed rather than the former. The Tree of Linux as a collection of software and their relationships to each other strongly resembles that of the evolutionary tree of life in both essence and form. In both graphs all points are connected by common ancestors one way or the other. Both are time sensitive and have a tendency to produce more complex structures as time moves on. The existence of the tree of Linux proves that the structure of the tree of life is not unique, and common descent should not be the only explanation considered, when the question of the origin of species is asked.